The Silly Twin Questions we ALL get asked 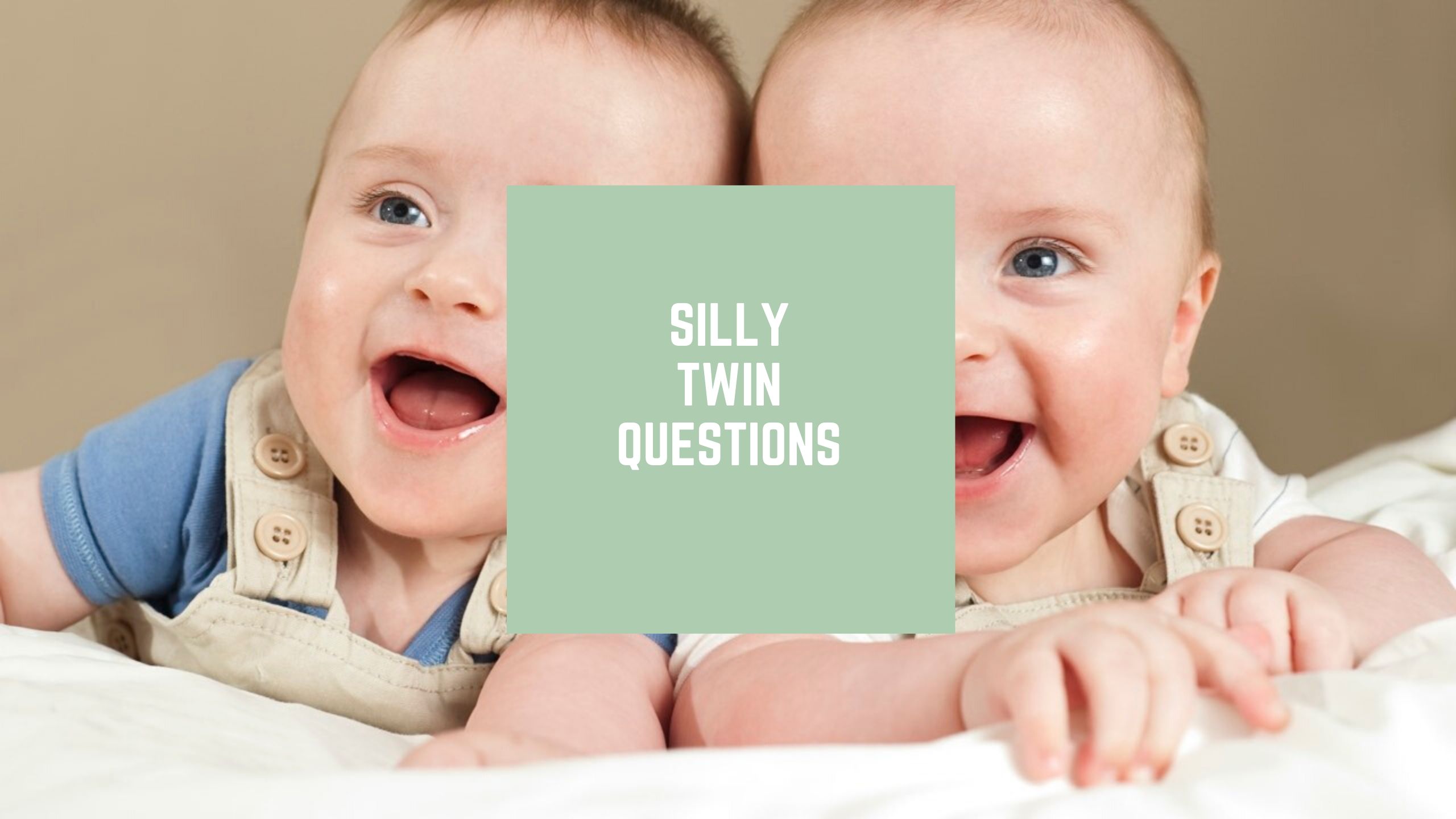 As parents of twins, there’s no doubt we will all be asked some silly twin questions.

Some comments and questions will be annoying and silly while others come from who knows where and way out of the usual curiosities.

Some people, strangers no less, even ask some very inappropriate personal questions.

You will encounter these sometime intrusive, ignorant to the extremely annoying questions whenever you are out and about in public with your twins.

How you deal with this really depends on the situation, for example, if a stranger was to try and pick up one of your babies then this would be something you couldn’t just brush off and smile politely about.

In saying that, twins truly are to be admired and though I sometimes feel annoyed when strangers ask certain questions or because I’m just so tired and want to get home, remember they are just curious and in awe of your precious twins.

Our experience of having twins has led to some really silly twin questions or even just absurb comments.

Here is a list of the top silly twin questions and comments me and my husband have experienced while out and about with our identical twin girls:

Stranger asks to have a hold
In the waiting room at the doctors a complete stranger asked if she could hold one of the babies. I firmly but politely said no but was thinking We are at the doctors full of sick people and you want to hold my already sick baby giving them whatever it is you have… no thank you!

Matching clothes
“Do you ever dress them alike?” I have noticed that some people expect twins, identical or not to be dressed the same or at least matching. Some moms do and others don’t, I’m a mom that doesn’t. Many people who have asked me this look at me like why not! I think it is a personal choice and either way it shouldn’t matter to a stranger or anyone else.

”How old are they?”
I said – 3 months… “Oh! They are huge!” was her reply, with a disturbed look on her face.
I know many twins are born very tiny but our girls were no bigger than average sized babies, I was a bit offend with this one.

A stranger was looking on at our girls and said “I couldn’t do it”.
So many people have said this to me and, really you would just give up and say this is too hard I can’t do it anymore…

”Are they identical?” Yes – “both girls?”
Wasn’t sure what to say to this one except – Ahh yes.

Twins right?
“Are they twins?” another very popular one, which I’m sure many of us find slightly annoying.

”Was it a natural delivery? Was it hard?”
People obviously have no idea how personal this question is.

You must be busy…
A stranger shouted this out all of a sudden from across the road.

”How do you tell them apart?
I say I have always been able to, I’m their mom, but I would like to say “I can’t, I just guess and hope for the best”.

Having twins – Baby magnet
Some people would literally see me with the double stroller with twins and quickly walk towards me, just to ask questions and coo. On one occasion a couple actually following me trying to get a look in.

Girls or Boys?
“Are they boys?” – They were both dressed in obvious girly clothes, so no, girls.

Dampening the spirits
I had some discouraging words from a mom of twins at my little boy’s kindergarten, saying, “It’s harder now than when they were babies”. Her twin boys were 4. At that time my twinfants were 5 months old and I really needed some encouragement.

I know how you feel.
From a mom of two singles under the age of 2, “Oh I know what that’s like, two kids in diapers” I’m thinking to myself – actually changing two diapers isn’t the same as raising twins.

Having Twins in the family
“Do twins run in the family?” is probably the question everyone will ask. This is when I usually give them the big spiel on twin facts, well actually identical twins aren’t heredity and so on. Other times, because I get asked all the time, I just say “Yes” – because they do actually run in my family but obviously they are all fraternal.

Having twins is a unique job and only parents of twins can really understand. So why not share your thoughts and maybe you have some great advice for how to respond even some quirky ones. We would all love to hear from you.

See what other twin parents have said:

Click below to see contributions from other visitors to this page…